Brush up on your Belgium beer knowledge

For Belgians, beer is a part of everyday life. It plays such a big role in Belgium culture that in 2016, it was added to the UNESCO Intangible Cultural Heritage Lists. So, if you are soon to be an expat in Belgium, you better brush up on your Belgian beer knowledge.

No one knows exactly when the Belgians starting brewing beer, but it is thought to be more than 1,000 years ago. During that time, people drank more beer than water because of the unhygienic water that was available. As time passed, more Belgians started to brew beer, creating the traditional brewing methods that are used today.

But what is so distinct about Belgian beer? The yeast. Breweries in Belgium use ale yeast instead of lager yeast, which gives the beer a stronger taste.

Although Belgian beer production makes up less than 1% of the world's production, Belgium produces more different styles of beer than any other beer-producing region.

It’s difficult to put an exact number on the amount of different beer Belgium produces, but around 200 breweries produce approximately 1500 different beers with different colours and flavours. For a country that only has 11 million inhabitants, that's a lot!

The range of Belgian beer available is due to the different brewing processes, methods of fermentation, different ingredients and the knowledge that families and breweries have passed on over the years.

There are four types of fermentation that Belgium is famous for: bottom (lagers), top (ales and wheat beers), spontaneous (lambics) and mixed (hybrid mix of beer types). Out of the many beers made, the most popular types are Trappist beers and Abbey beers. 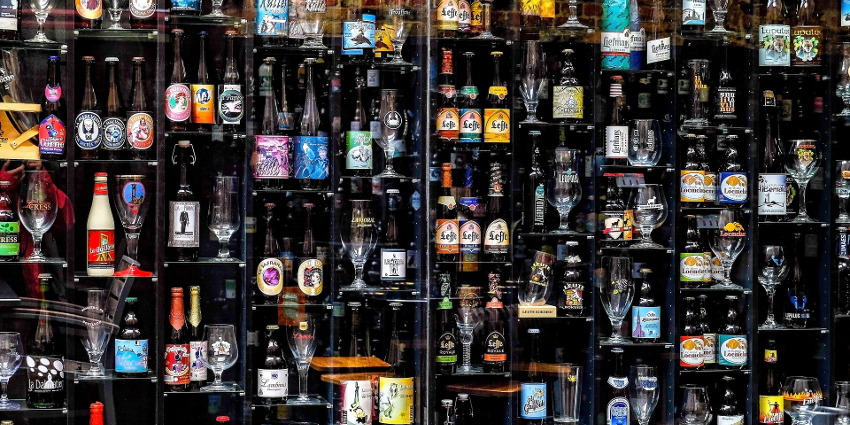 Trappist beers are top-fermented and brewed in Trappist monasteries. The rules for what qualifies as a Trappist beer are very strict and specific:

There are only 12 monasteries in the world that meet these specific qualifications: 6 of them are in Belgium (e.g. Orval, Westmalle and Chimay), 2 are in the Netherlands, 1 is in Austria, 1 in the USA, 1 in England and 1 in Italy.

Brewing an Abbey beer is less complicated than brewing a Trappist beer as there are less specific qualifications. Abbey beers refer to any monastic or monastic-style beer. They have to be produced by a non-Trappist monastery and must be branded with the name of a fictitious abbey by a commercial brewer. A famous Belgian Abbey beer is Leffe.

The importance of the glass 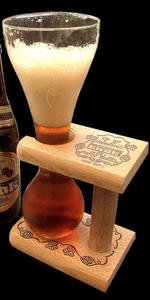 With over 1500 beers, each type of beer has to be served in its own special glass to give it an added, unique touch. Belgian bartenders and any Belgian enjoying a glass of beer, pay a lot of attention to this rule: serving beer in the wrong glass is just not done.

Besides the branding, there are several different types/styles of glasses used to serve beer. The most popular is the tulip glass, which helps to give the beer a special aroma. Another popular glass looks like a champagne flute and is used to serve lambics and fruit beers.

Next time you order a beer or serve one to a friend in your home, make sure you have the matching glass.

Don’t forget to visit one of the many beer cafes and museums in Belgium. Order a Duvel, Westvleteren, Leffe or just a simple pint of Stella Artois and enjoy.